As we start a new year, here’s a look back at my most memorable photos and adventures of 2013.

The winter of 2013 ended up being a second disappointing winter season in a row here in the San Juans, with below average snowfall and above average avalanche danger. However, the month of February was an exception, bringing lots of powder with decent-enough stability to ride it.

In March Claudia and I went on a couple great backcountry ski trips – one to a friend’s yurt in the San Juans, and another trip in late March to a couple ski huts in the southern Gore Range. Claudia did her first good tree skiing on this trip; it’s been a joy to watch her powder skiing skills progress!

In April we went on a road trip out to California to visit my grandma for her 100th birthday! We continued on to trek the 45-mile Trans Catalina Trail across the entire Catalina Island – a place I loved visiting with my family when I was growing up, and which I was excited to show Claudia. It was quite a novelty for us to backpack on an island and camp on beaches!

On the way back we spent a long week in the canyons of Utah, mainly in the Escalante and Capitol Reef regions, doing great day hikes every day and camping in our new truck each night. (The month before, I managed to roll our old truck off an icy road – fortunately we weren’t hurt at all, though the truck was totaled).

We returned to Utah in May for a wonderful backpack trip through Fish and Owl Creek canyons in Cedar Mesa.

By June the meager snowpack in the San Juans had pretty much already melted out, enabling us to go on a number of high alpine backpacking trips a month earlier than usual (and also enabling huge wildfires to burn much of the southeastern San Juans). We camped up on a high ridge of Mt. Sneffels; summited Whitehouse Mountain, an obscure peak high above Ouray; and climbed Wetterhorn Peak from Wetterhorn Basin.

After much preparation and anticipation, in July we flew to Europe for 3 months of vacation. After visiting Claudia’s family in Dresden for a couple weeks, we rode the train down to Oberstdorf in southern Germany and went on an amazing hut trek through the Allgäuer Alps with her friends Susanne and Dominik.

Our next big trek was through the fantastic Lechtal Alps just across the border in Austria. By now I was really enjoying the lightweight hut-to-hut trekking style that is so readily available in the Alps.

In August we met up with Claudia’s father and brother for a fun-filled week of via ferrata climbing in the spectacular Dolomites in Italy.

Claudia and I spent another week in the Dolomites, trekking through the Rosengarten range with some really challenging via ferrata climbing routes mixed in.

After leaving the Dolomites, we went back to Bavaria to climb Zugspitze, the tallest peak in Germany. We took the classic Höllental route, which gains over 7,200 vertical feet, much of which is a long sustained via ferrata (or klettersteig in German) cabled climbing route.

Our final adventure in Europe was a September trek through the Pyrenees along the border of France and Spain. We intended to hike from hut to hut for three weeks in this range; however, unfortunately after one week Claudia took a scary tumble and broke her sternum, earning us a helicopter ride out and a couple nights in a French hospital. We had big plans to spend the months of October and November trekking in the Himalaya in Nepal, but with Claudia’s injury there was no question that we had to cancel that part of the trip. Although it was a disappointing setback, it’s all good… we hope to go there this next year instead, and I’m just extremely grateful that Claudia is ok (she’s totally healed now).

Back home in southwest Colorado, we have been treated with abundant early season snow, and this winter has already been far superior to the previous two!

For 2014, I’m hoping that it snows nonstop until May and look forward to lots more splitboarding action, ski hut trips, and probably some winter camping at some point. In the spring I’m sure we’ll get out to the Utah desert for some backpacking and car camping road tripping. For this next summer we are excited that Claudia’s father and family are coming to visit us here, and we’ve also been talking about backpacking in the Cascades in Washington and the Wind Rivers in Wyoming… maybe even work our way up into Canada… who knows… As usual, I’m always dreaming and I want to do it all! In the autumn we are hoping to finally get over to the Himalaya to trek the routes we had planned on doing this last year. 2014 promises to be as adventurous as 2013, maybe even more so!

Finally, I want to give a warm THANK YOU to everybody who reads my blog and who has supported my habits by purchasing my prints and licensing my photos. I truly appreciate it!

I just processed some more panoramas from an epic morning in front of the mighty Fitz Roy in Argentine Patagonia back in December 2011. This was one of the most memorable photo experiences of my life; read about it in my trip report post here. Click on each one to view larger!

You can see all my photos from the Fitz Roy range here.

After a solid month and a half of development work, I’ve finally launched my new gallery website design! Check it out at www.MountainPhotography.com.

A few notable new features, aside from the new darker design, include the big full-page homepage slideshow and a reworked galleries page that showcases the first six photos of each gallery followed by a link to view them all. The website is also responsive, so the page layouts and images will expand and contract as necessary to fit a variety of screens ranging from cell phones to big screen monitors.

I’ve also reorganized and simplified the galleries. I’ve grouped the photos together into broader categories – still location-based, but more generalized and without so many divided sub-galleries. For example, instead of having separate Utah, Wyoming, Idaho, and Montana galleries, I’ve bunched all the photos into a single “Northern Rockies” gallery. Not only does this tactic reduce the amount of clicking around, it also frees me from the feeling that I need to populate all those separate location sub-galleries with “filler” photos.

Despite my best efforts to test the new website on a variety of devices, I’m sure there’s bound to be some issues I missed. So if you see something wonky please let me know! Feel free to leave a comment and let me know what you think of the new website, good or bad.

I just dug up this photo from deep in my archives while searching for a photo request of this mountain. I took this shot way back in October 2003, just over ten years ago! Back then I was in the early stages of being serious about photography. So much has happened in my life and my photography in the decade since then… It almost seems like it should have been 20 years ago, not just ten! It’s so amazing how much life you can fit into ten years. And it makes me wonder what’s in store for the next ten years…

Anyhow, Notch Mountain, in the Sawatch Range just south of Vail, Colorado, has a perfect front-and-center view of Mount of the Holy Cross and its east facing cross couloir, made famous in 1873 by legendary wilderness photographer William H. Jackson. In the early 20th century, the mountain became a destination of Christian pilgrimages, and a rock hut was built on Notch Mountain (very close to where this photo was taken) for shelter during Sunday mass at 13,000 feet. The hut is still there, and back in October ’03 my friend Todd and I backpacked up there and used it for shelter ourselves. This was a memorable trip, so I thought I’d write up a trip report, ten years later. END_OF_DOCUMENT_TOKEN_TO_BE_REPLACED

This weekend is the Ouray Ice Festival, with lots of ice climbers and fun stuff going on! I walked up and took this vertical panorama today; I look forward to seeing the competitions tomorrow!

And, here’s a nice video “Ice” presented by the Ouray Ice Park from Outside Adventure Media on Vimeo. 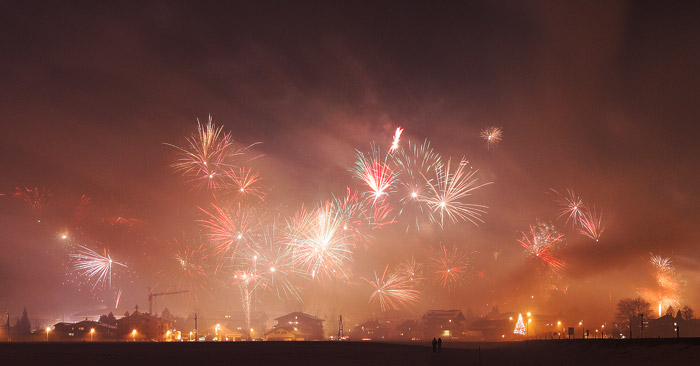 As 2012 comes to a close, I thought I’d take a look back and post my personal favorite photos from the year. 2012 was a momentous year in my life since Claudia and I got married in August! But photographically speaking it’s been a relatively quiet year, unlike 2011 when I spent more time in foreign countries than I spent in the US. This year Claudia and I were happy to mostly just be “home” in Colorado, though we did manage several big road trips to Montana and the deserts of California, Arizona, and Utah. (None of the desert photos made the cut here… they just can’t compete with the mountains!)

To celebrate the Mayan apocalypse in proper fashion, last night we went to see Chasing Ice, the new documentary movie about acclaimed photographer James Balog and his monumental efforts to document the receding glaciers of Greenland and Alaska.

Anybody with their head out of the sand can clearly understand that our planet is in turmoil; nevertheless, it is still utterly shocking and sobering to actually SEE through Balog’s cameras and time-lapses how rapidly these enormous glaciers and ice sheets are melting away. We are witnessing a planetary transformation of stunning speed and scale, and it’s difficult to imagine “smooth sailing” for our civilization in the coming decades. How many wake-up-calls do we need as a society to realize that we need to get our sh-t together and move forward with more sustainable energy policies?!

I encourage you to go see this movie as soon as possible. Go SEE how our Earth is transforming while we all go about business as usual. Go SEE for yourself.

Since I’m lacking any new recent photos to share, I dug into the “vault” and found a few unreleased photos from my 2009 trip to Norway to share. The first two are new drum scans from my stack of 4×5 film.

Above is the beautiful mountain of Otertind, in northern Norway, reflected in a calm river on a gorgeous blue sky morning. Otertind’s striking profile is actually more attractive from a more distant perspective.

The scrambly climb up Hermannsdalstinden in the Lofoten Islands was one of the most challenging and fun hikes I did during my six weeks in Norway, and the view from the top remains one of the most rugged mountain vistas I’ve witnessed to date. This view here is only one slice of the incredible 360º panorama encompassing granite peaks, deep fjords, alpine lakes, and of course the endless ocean beyond.

Just phenomenal scenery over there in Norway! I hope to return someday.