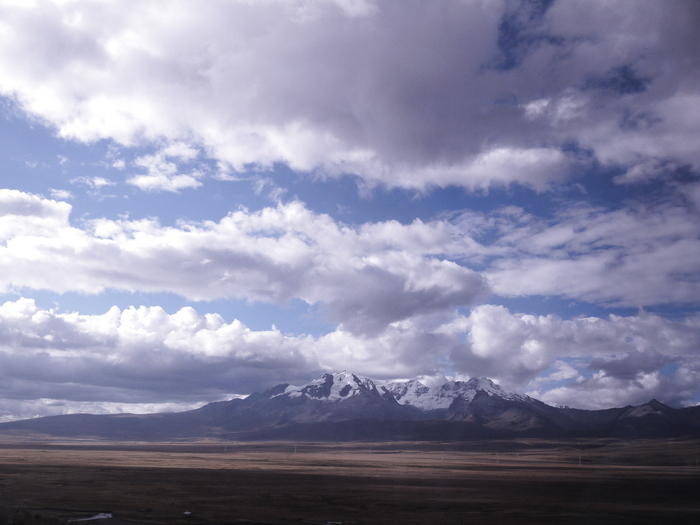 I’ve been on quite a nomadic streak lately. With only a few work projects in the queue, and with the dirty Colorado snowpack rendering spring snowboarding and mountain photography fairly useless, I was feeling antsy and decided that my month of June would best be spent elsewhere. So several days ago I spontaneously booked tickets to Lima, Peru!

A delayed flight from Montrose, followed by a mad dash through the entire Houston airport, got me to the Lima flight just in time for the final boarding call. After spending a night at a hostel near the Lima airport, I enjoyed a wild ride in a taxi to attempt a 45 minute ride to the bus station in 30 minutes through traffic. My first lesson in Peru: the driving is absolutely nuts. Traffic lanes and stop signs are mere suggestions. My cab driver was an undiscovered NASCAR champion (who knows how many of them there are in Peru). He probably cut off 30 different cars during the race, including several large buses. We got to the station 10 minutes late, but I was still able to jump on board just before the bus pulled away! Not only that, but I scored a front seat on the top deck, enjoying a panoramic vista for the entire scenic 8 hour drive to Huaraz! (The picture above was taken from my seat on the bus). 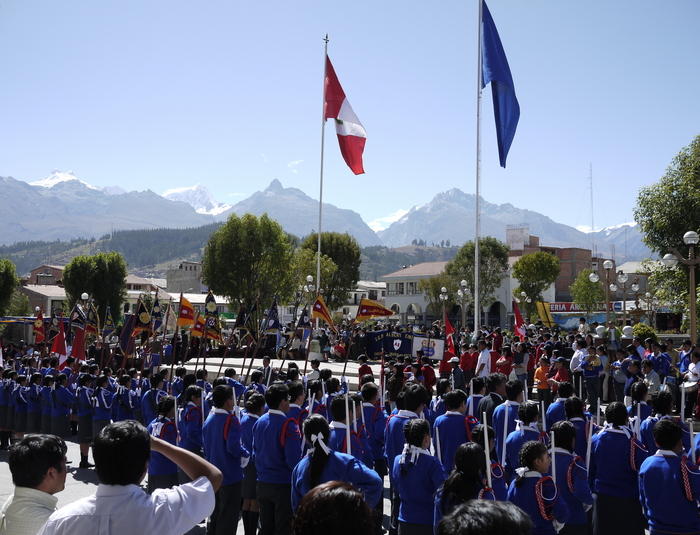 Now I am finally relaxing in Huaraz, at the foot of the mighty Cordillera Blanca, which is plump full of 20,000+ foot glaciated peaks (though they may not be glaciated much longer, unfortunately). The picture above is of some kind of big ceremony in the Plaza de Armas. Notice the huge Himalaya-esque snowcapped peaks looming in the background.

Though fairly exhausted from the two days of traveling to get here, I didn’t get much sleep last night, since my hotel room happened to be on the other side of the wall of some kind of nightclub where an energetic and likely coca-leaf-chomping Peruvian band played for a full 10 HOURS STRAIGHT, from 8pm to 6am. They started out great, but by about 3am the music had devolved into a mind-numbing mishmash of lumbering two-note bass, frantic off-key organ keyboard, ceaseless vocals, and excessive cowbell. Though thoroughly annoyed and desperate for sleep, I couldn’t be too mad since the whole situation was such a classic gringo cliche. Needless to say I’m staying at a different place tonight.

Tomorrow I’m going on a day trip to a lake in a high glaciated cirque, then on Monday I am headed out on a 10-day trek around the Cordillera Huayhuash, another high rugged range south of here. I will join a group of 4 or 5 other people, and we’ll have the full deluxe support of burros to carry our gear and a cook to prepare meals! After that, 5 or so more days to do another shorter trek in the Cordillera Blanca, probably based from the smaller, more mellow town of Caraz.