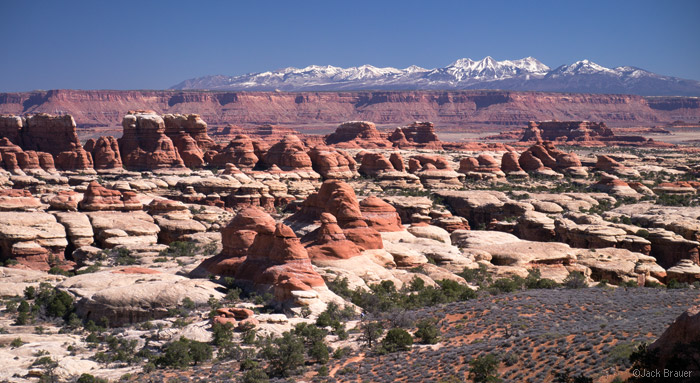 After two months of being more or less glued to the computer, I was thrilled to head out into the desert and finally get outside again! Our destination: the Needles District of Canyonlands National Park, south of Moab, Utah. Above you can see the La Sal Mountains towering over the canyons in the distance. 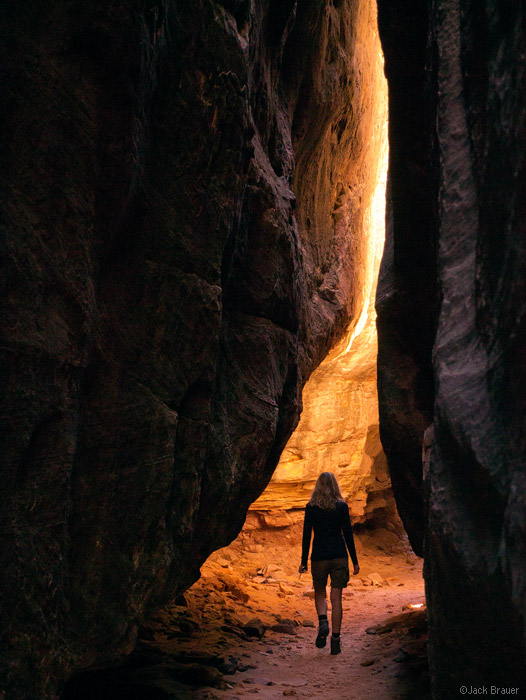 Walking to the glow, in the narrow slots of the Joint Trail. 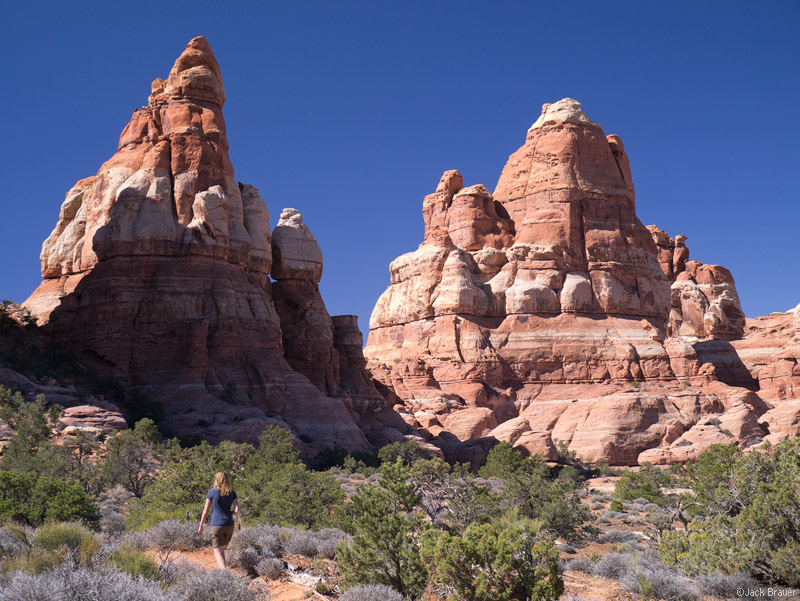 I was excited to go backpacking for a few nights out there, but my naive bubble was burst when we arrived at the visitor center only to find that all of the backpacking permits in the park were completely filled already! Add that to the list of things that bug me about national parks: the fact that they only allow you to camp in designated spots, and more importantly, they only put a precious few of those designated campsites out there! There’s so much space for privacy in the canyons; they could easily add double or even triple the amount of campsites. It’s like they do everything they can pump hordes of tourists in their gas guzzling SUVs through the parks, but god forbid if you want to go pitch your tent off the trail.

But I digress… Although I was a bit bummed to not get to go backpacking, we found a decent car camping spot nearby and the next day did a big day hike through the most spectacular parts of the park. We started from Elephant Hill, hiked through Chesler Park and the narrows of the Joint Trail, then over into Elephant Canyon to Druid Arch and back. At a leisurely pace, it took us most of the day. And what a beautiful day indeed, with crystal clear blue skies and perfect springtime temperature. 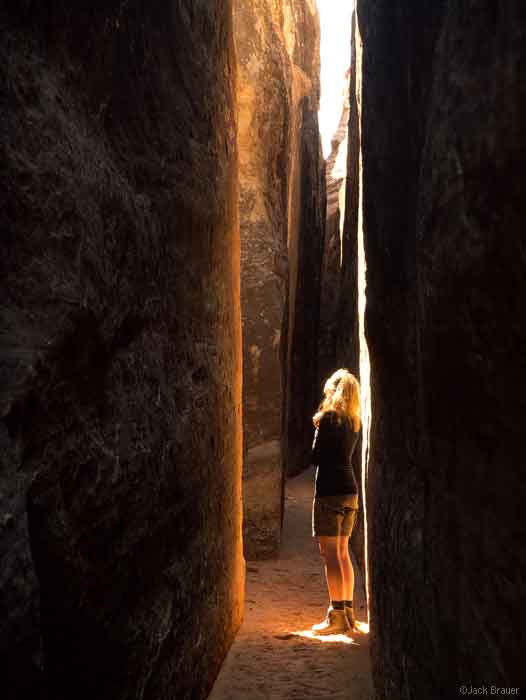 Claudia prays to the sun gods! 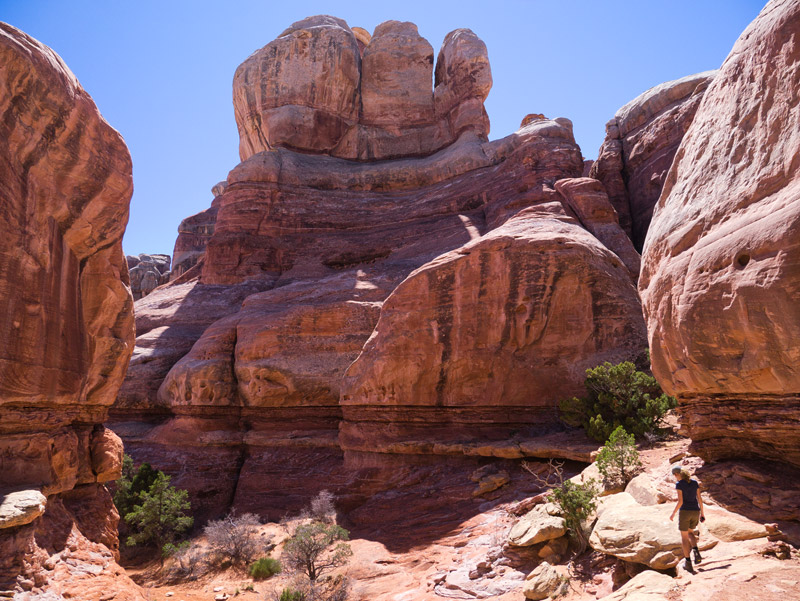 Such amazing formations everywhere. This is the segment of the hike between Chesler Park and Elephant Canyon. 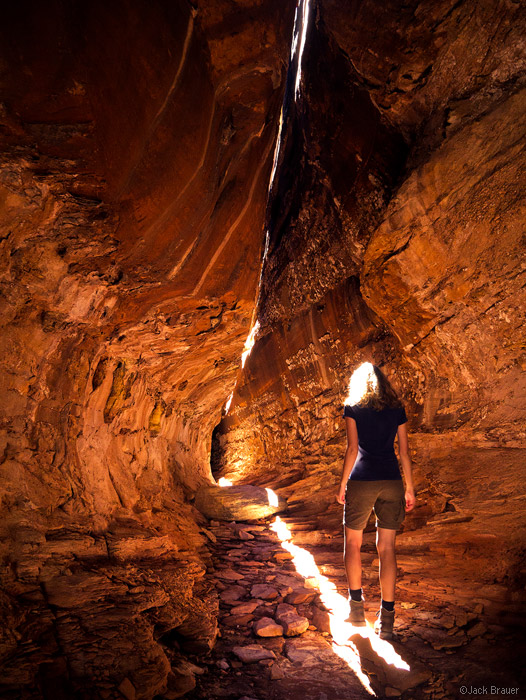 Exploring a little side tunnel. 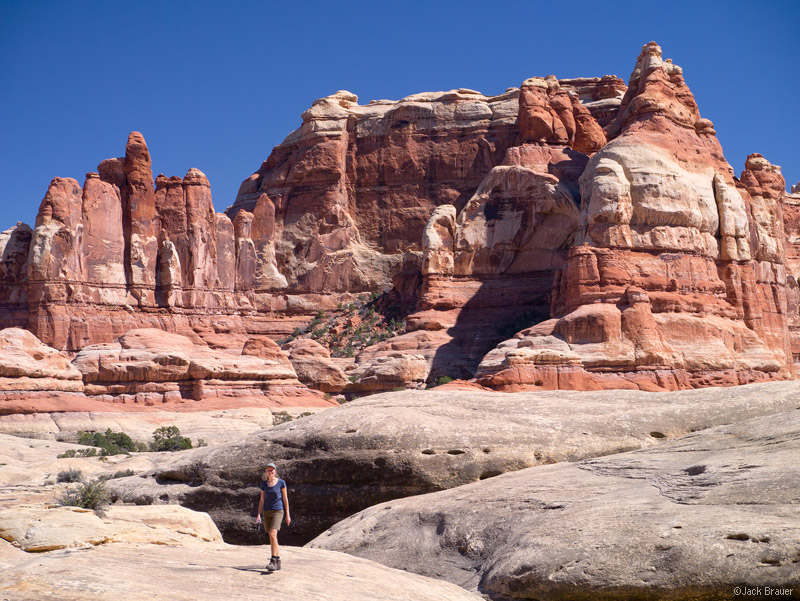 Hiking over the slickrock above Elephant Canyon. 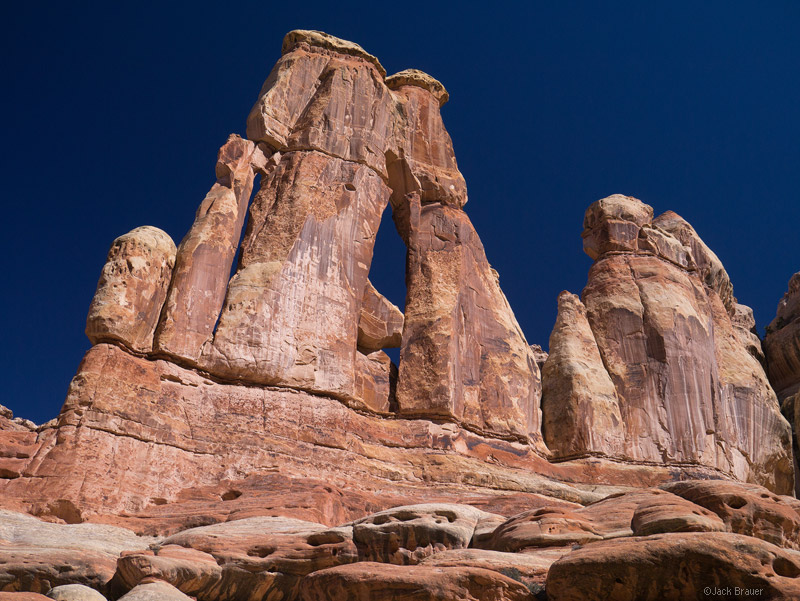 Looking up at the massive and spectacular Druid Arch. 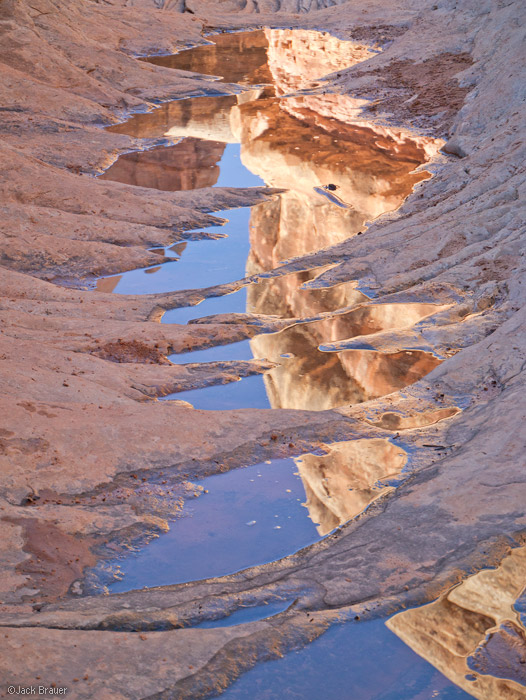 All in all this was a great hike, and I’m stoked that we went out there anyways instead of rushing off somewhere else to go backpacking. Now I’ve really got the springtime desert bug, and I’m sure we’ll be heading back out again soon!

See some more photos from an earlier 2008 backpacking trip in the Needles District here.

8 thoughts on “Dayhike in the Needles District”