In mid-June during the first week of our road trip we took a zigzagging route through the Great Basin of western Utah and Nevada. The Great Basin gets its name from the fact that no rivers flow out of the region; there are few rivers or streams, and any flowing water collects in broad lakebeds or salt flats where it eventually evaporates. Encompassing most of the state of Nevada and the western portion of Utah, the Great Basin is characterized by a seemingly endless series of rugged north/south ranges with broad, empty desert valleys in between. Our first stop was the remote House Range near the western border of Utah, where Notch Peak soars dramatically over the desert with a sheer 3,000 foot vertical north face.

We had hoped to hike a ridge route up to the top of Notch Peak, but a forecast of high winds and thunderstorms quashed that plan, so we moved on to nearby Great Basin National Park just over the border in Nevada. Here the same relentless high winds also convinced us to abandon our plans to hike up Wheeler Peak, opting to not spend a day getting blasted by chilly gusts on the high ridgeline. But we did enjoy a tour through the famous Lehman Cave, a beautiful cave system under the base of the mountain.

Next we drove north to the Ruby Mountains, the most “alpine” of Nevada’s numerous mountain ranges. We drove up Lamoille Canyon on the west side of the range, and were immediately awed by the super rugged peaks soaring precipitously above the valley on all sides. What awesome mountains!

We’d been hoping to do a backpacking trip in the high Ruby peaks but were also expecting that there would probably be too much snow still. Indeed, the high peaks still had a substantial snowpack and the high lakes still frozen, so we camped a few nights in Lamoille Canyon and did smaller day hikes instead. We will have to return another year for some backpacking in this incredible mountain range! 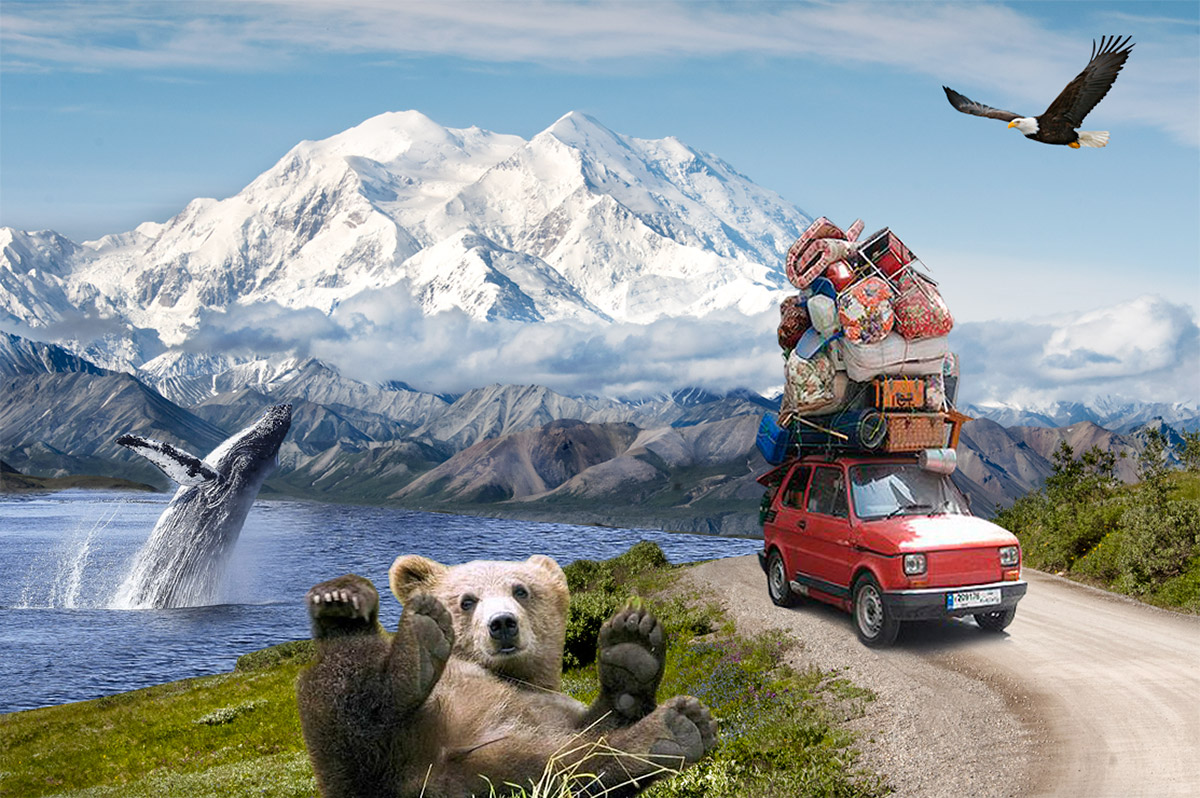 After a long, cold winter, the moment we’ve been looking so forward to has finally come! We’re all packed up and tomorrow we head off into the great wide open for a 3½ month road trip to Alaska and back!

We don’t have a specific itinerary, but here’s the rough plan so far: First, we’ll take our time driving west through the Basin and Range country of western Utah and Nevada. Next, over to northern California to see the redwoods, then up through Oregon and Washington to visit some relatives and friends in both those states. We’ll spend a few weeks in Washington, hopefully doing some backpacking there in the Olympics and Cascades. By early to mid July we’ll venture up into Canada, over towards and through the Canadian Rockies. Then the long haul up to Alaska, where we’ll be for most of August, perhaps doing some backpacking in the Wrangell-St.Elias and Denali areas. By late August to early September we’ll head over through the Yukon, then back home to Colorado by the end of September.

Of course we intend to do lots of hiking and backpacking treks along the way. Speaking of which, if there’s any experienced backpackers reading this who’d like to join us for a wild trek up in Alaska or Canada, we’d be happy to have your company! Give me a shout and perhaps we can rendezvous at some point.