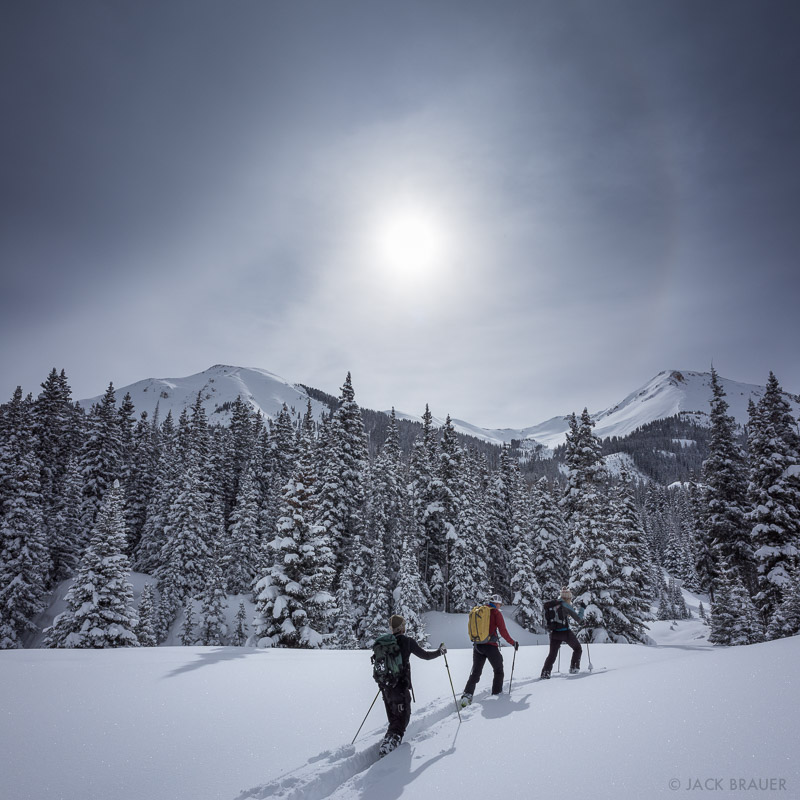 Towards the end of February our month-long drought of snow here in southwest Colorado ended with a powerful snowstorm that dropped several feet of powder on the mountains. I suspect that nearly every skier in the entire region dropped what they were doing to get out and enjoy the return of winter! END_OF_DOCUMENT_TOKEN_TO_BE_REPLACED 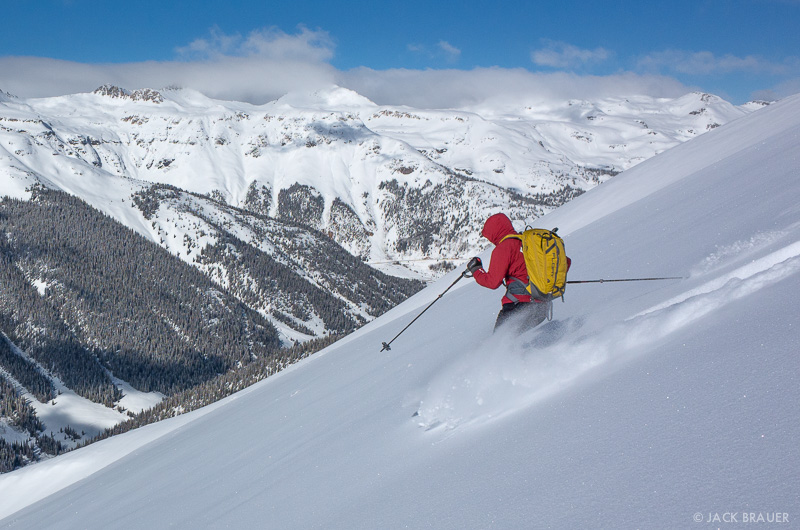 Today was my first day on the splitboard this season. We are finally back in Colorado after our time abroad and it is great to be home, especially with a bluebird powder day greeting!

Is there ever a more beautiful time and place than autumn in the aspen forests of Colorado? I seriously doubt it.

This afternoon I spontaneously decided to attempt an evening hike of Mt. Sneffels. I suppose I was overly optimistic about the weather forecast because when I arrived in Yankee Boy Basin the ominous dark clouds had me scared to get out of my truck, much less hike a peak! So I sat in my truck for a few hours, enjoying the sound of the rain and the flash bangs of lightning and thunder.

Right before sunset the storm relaxed and some sunlight beamed through the clouds, illuminating the landscape with an eerie warm glow. It would have been a stunning scene to see from the summit, though probably not worth dodging lightning bolts for!

There are few things in life finer than soaking in natural hot springs, especially when those hot springs are situated at treeline in an alpine basin surrounded by high peaks and valley vistas! Such is the case at Conundrum Hot Springs, a remote but popular wild hot springs in the Elk Mountains between the towns of Aspen and Crested Butte in Colorado. END_OF_DOCUMENT_TOKEN_TO_BE_REPLACED 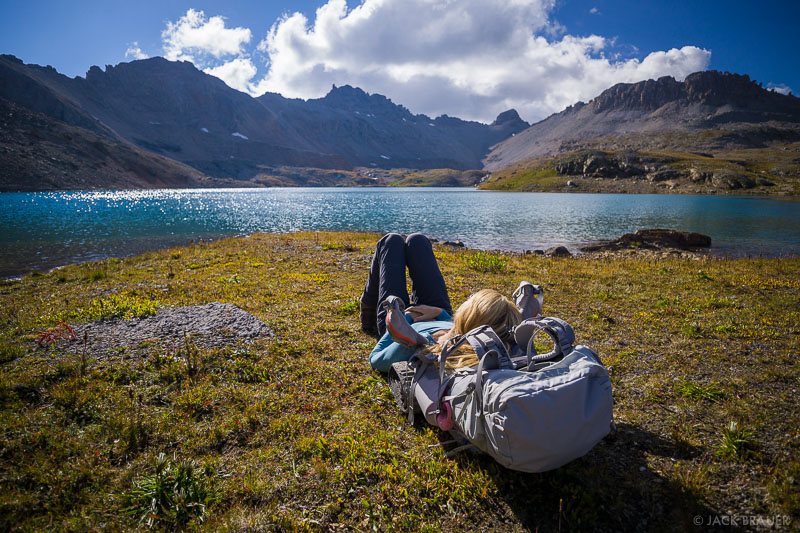 The lazy melancholy atmosphere of autumn has arrived in the high country… the tundra is golden brown, the air has a crisp edge, and the marmots have either burrowed into their holes or retreated to lower elevations. Yesterday we went out for a quick overnighter at Columbine Lake, in the San Juans of Colorado, to savor some time up high before the winter snows cover the tundra for another nine months.

After a wet rainy week stuck inside the house, by Thursday I’d had enough and decided to get out and hike up Handies Peak, a fourteener here in the San Juans which I haven’t hiked before. Despite the cold wind and nasty looking clouds, I continued up the peak, encouraged by the occasional glimpse of blue sky. Sure enough, as I approached the summit the clouds started clearing off a bit, so I sat up there for a few hours bundled up in my down clothes and waited for sunset – which never really did much, but anyways it wasn’t a bad place to hang out for a while!

On a side note, earlier this summer in July, Adam Campbell, a runner in the infamous Hardrock 100 endurance race, was nearly struck by lightning high on Handies. He and his pacer were both knocked off their feet, but otherwise uninjured, and he continued on to finish third place!