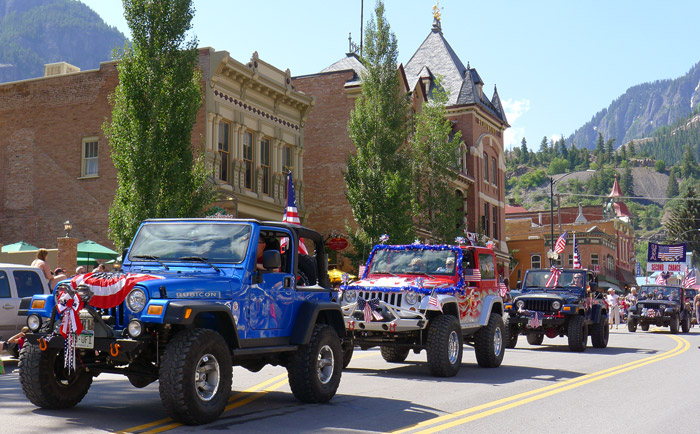 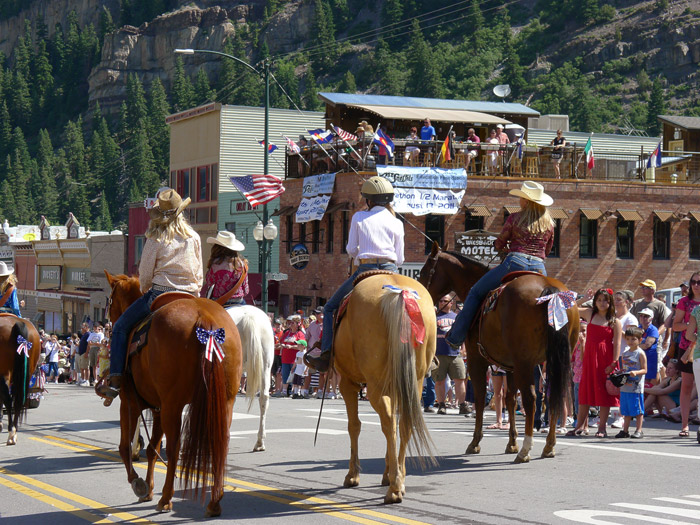 This was actually the first time I’ve seen the parade! Usually I manage to sleep in until the jets flying through the valley wake me up… 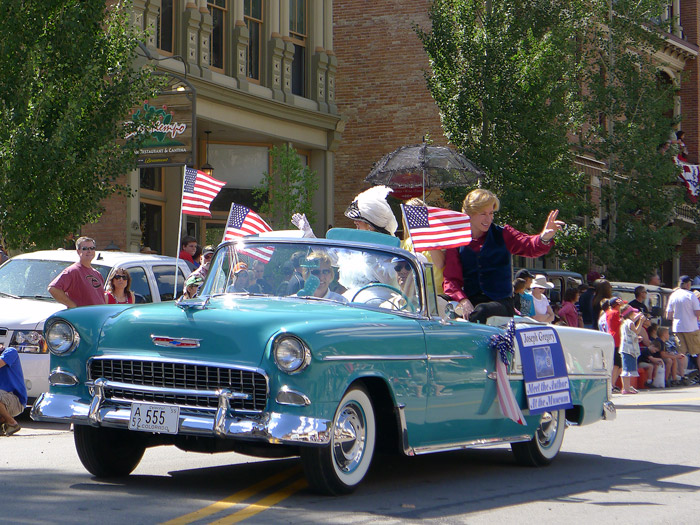 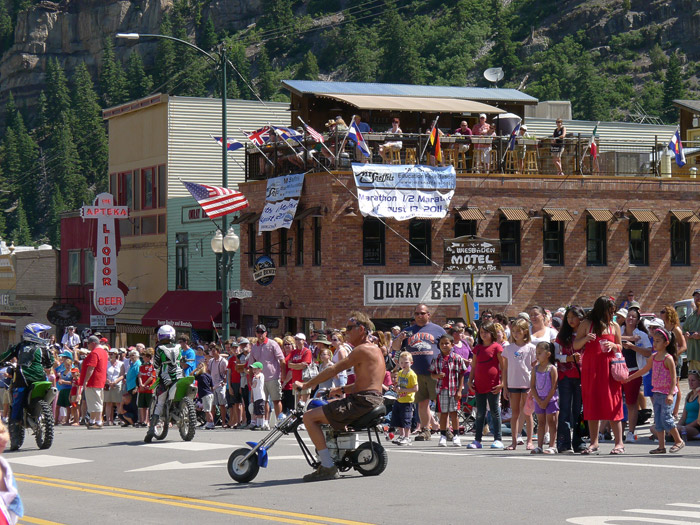 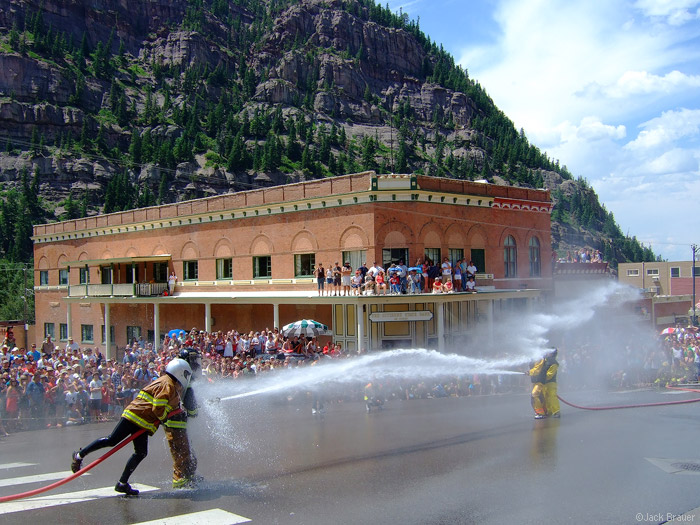 The water fights were great this year; the first three were intense battles that lasted for a long time, with each team battling back and forth until finally one of them lost control. 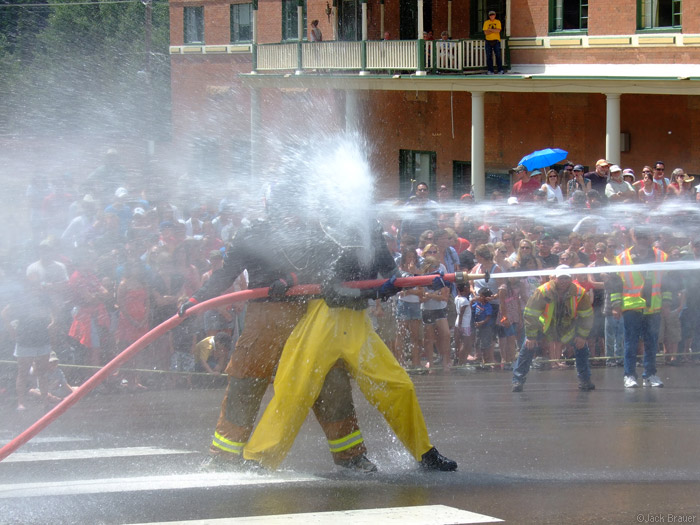 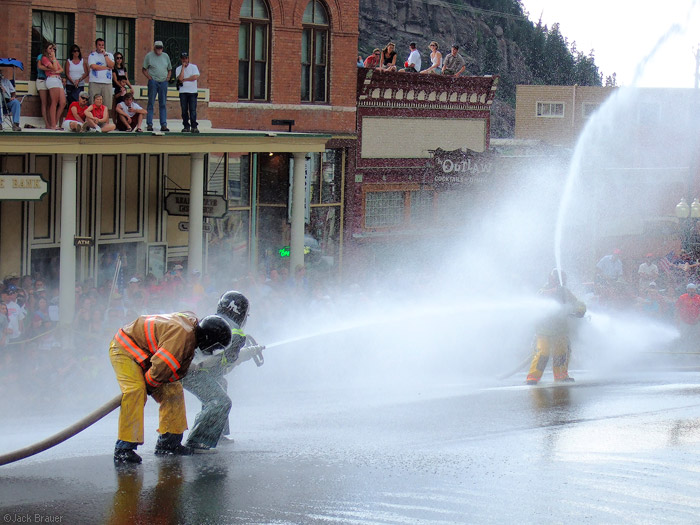 In the senior men’s final, the champions dominated! The minute the last fight was over, the skies unleashed with a torrential downpour and thunder. 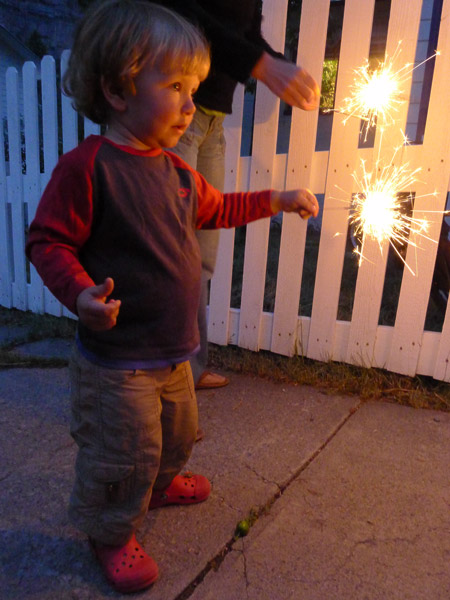 And the highlight of the 4th, as always, was the firework show. Sorry, I don’t have any photos of those, as I was too amazed to do anything but stare. Ouray is seriously the coolest place anywhere to see fireworks – after each explosion, the blasts echo around the surrounding mountains like a stadium. The echoes are almost cooler than the fireworks themselves!

5 thoughts on “Fourth of July in Ouray!”