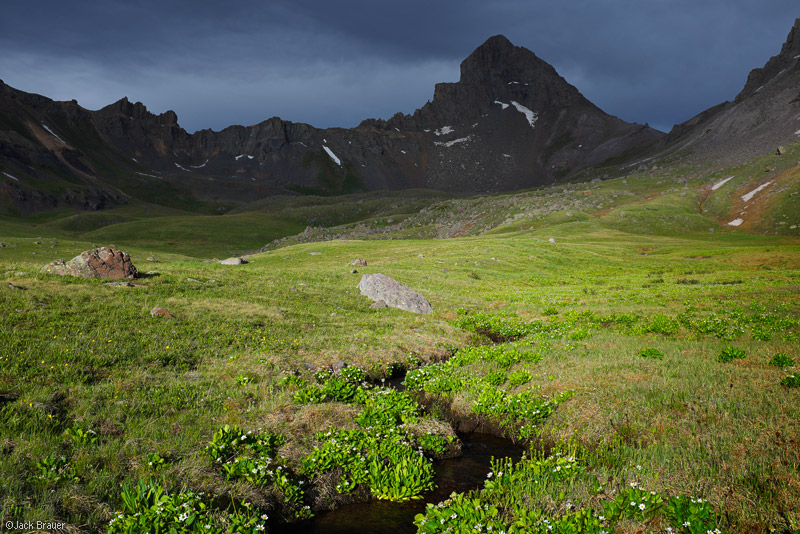 Unlike other mountain ranges in Colorado, the San Juans have a volcanic history. Around 35 million years ago this region was home to several dozen stratovolcanoes, similar to those in the present day Pacific Northwest. Then, starting about 30 million years ago the volcanism here was characterized more by massive circular calderas. Many of the mountains in the San Juans owe their uniquely rugged shapes to the eroded volcanic ash (tuft) that was deposited by all of this volcanism.

In the Uncompahgre Wilderness, with its craggy peaks rising out of vast tundra-filled basins, one can visualize this volcanic history more than in any other part of the range. While the specific geology is certainly more complicated, it’s easy to imagine Wetterhorn Peak and Uncompahgre Peak as the eroded lava plugs from ancient volcanoes. 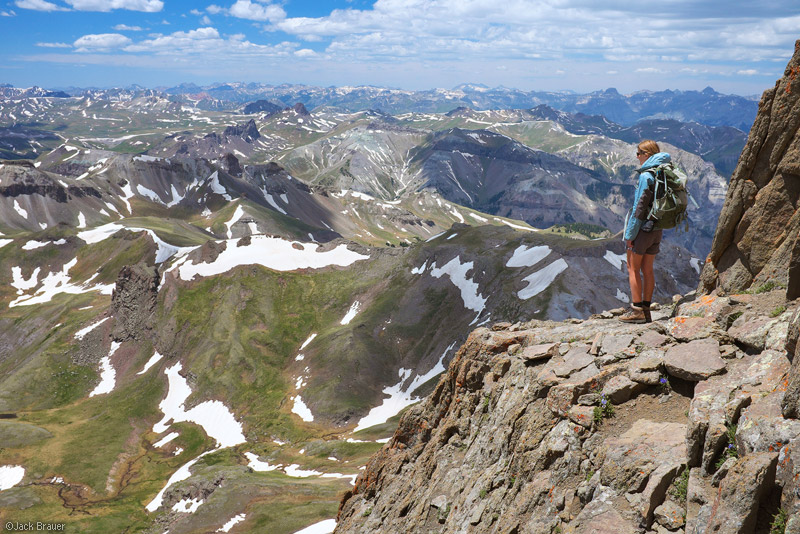 14,015 foot tall Wetterhorn Peak feels kind of like a volcano when you’re hiking up it – it towers over the surrounding landscape. Here Claudia ponders geology during the spicy exposed scrambling section towards the summit. 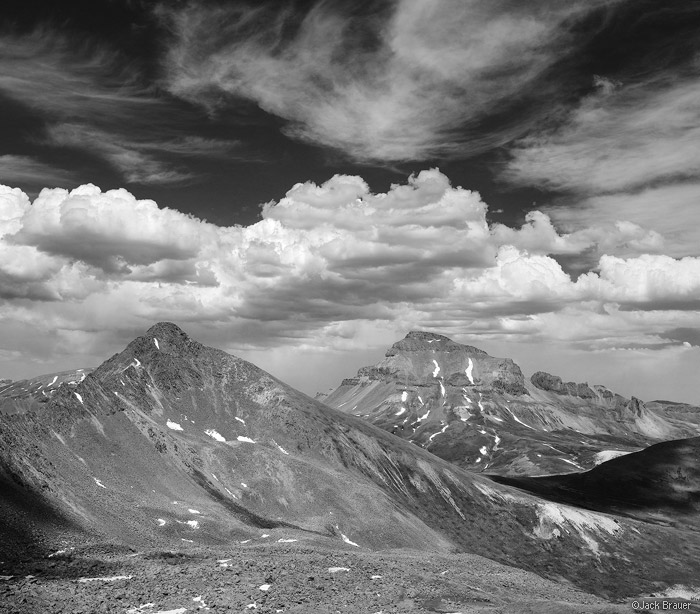 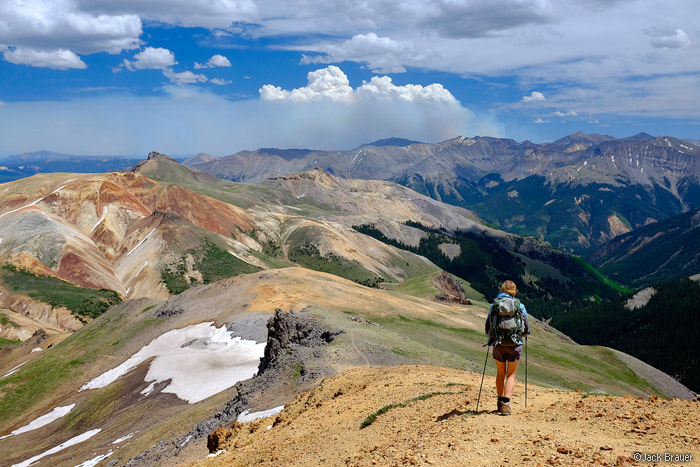 Though the volcanoes are long gone around here, this weekend you might have thought one was erupting in the southeastern San Juans if you saw the huge smoke plumes like in the above photo. That smoke is from the Papoose and West Fork wildfires that are devastating large portions of the eastern Weminuche. See satellite photos of the fires and read more good info here. The monsoon weather cannot come soon enough.

See all my photos of Wetterhorn Peak here.