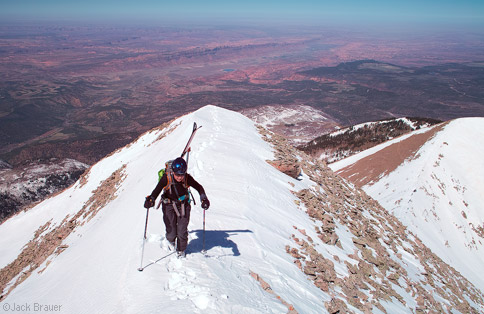 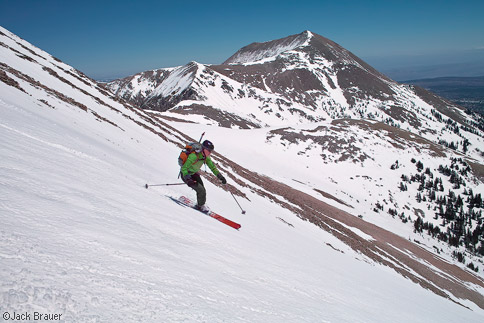 Ann and I skied/rode the southeastern face, known as the “Tuklear Reaction.” The snow was nice and soft since the sun had been baking it all morning. After skiing/snowboarding down the upper face and some long mid-section gullies, the skiing became really cruisy through mellow aspen glades. The long run seemed to go on and on!

Day two was the big adventure of the trip: a 12 mile traverse of the northern La Sal mountains, with 6,000 vertical feet of climbing and 7,000 feet of descent, including 4 peaks and 4 descents along the way. I haven’t done any ski traverses of this scale before and I wondered if I could keep up with Ann and Seth, who are both very strong hikers.

We started off at 5:00 am and skiied (me on my splitboard) along a snowpacked road for 3 miles in the dark, and watched a mellow sunrise from some meadows on Geyser Pass. 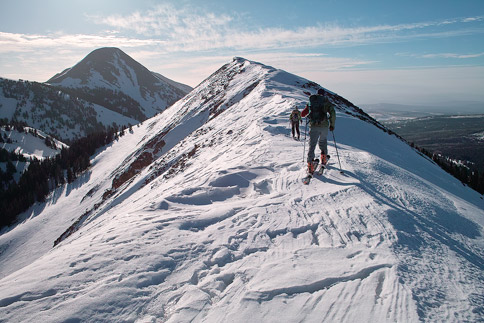 On the ridgeline to the first highpoint, we got our first taste of the wind – which would prove to be a real bitch later in the day. 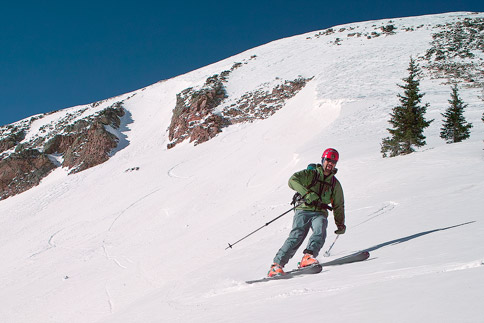 Survival skiing down the crusty frozen snow to Burro Pass. 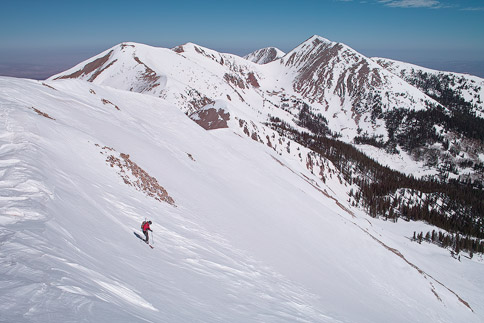 After skinning up to the summit of Manns Peak (12,272 feet), we dropped down the northern bowl into Beaver Basin. 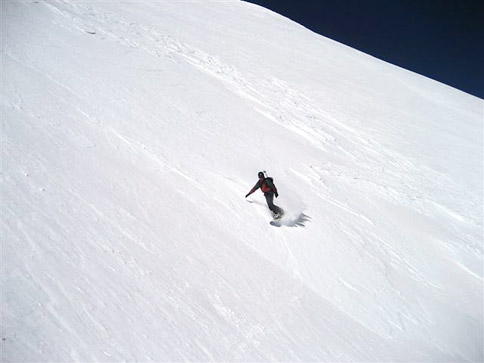 Here I am, snowboarding down Manns Peak. 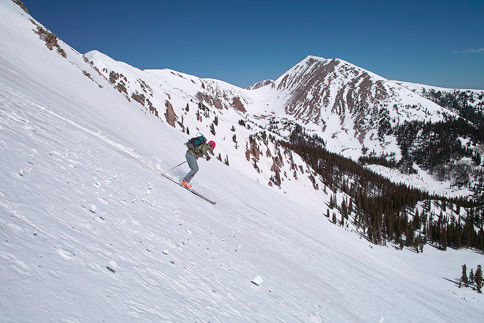 Because the constant wind was keeping the snow from softening up, this run wasn’t as sweet as it could have been… but it was still fun! 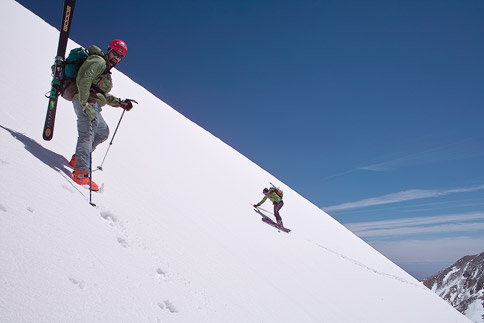 Here’s where the trip really got interesting. The wind was raging on the high slopes of Mineral Mountain (12,200 feet). The wind was so strong that it kept knocking me over, at times forcing me to crawl. It got so bad that I started to wonder if the wind would pick me up and blow me over the mountainside. 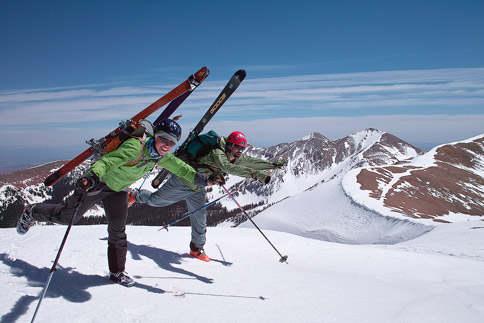 Ann and Seth practice their synchronized wind-ballet dance on the summit of Green Mountain (12,163 feet), our fourth and final summit of the traverse. Off in the far distance at right is the line we rode down Manns Peak a few hours earlier. 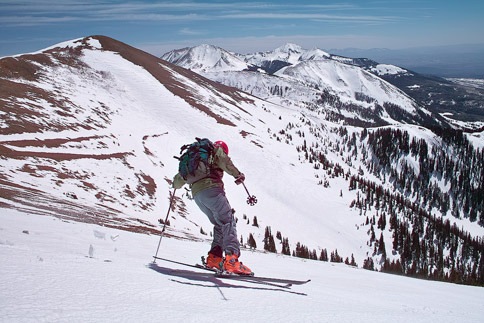 Seth drops in from Green Mountain, for the last descent into Miners Basin. 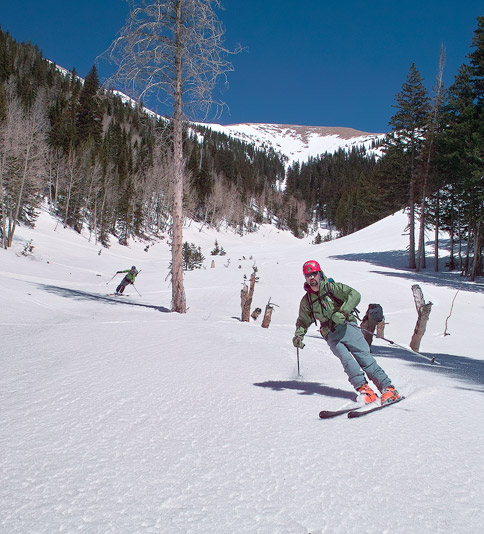 Here comes Seth and Ann. The snow was smooth and soft in a big broad gully into Miners Basin, providing the best turns of the day. With an interesting ninja bushwack we managed to slide almost all the way out to the road, where our ice-cold beers were waiting to celebrate!

It was a great adventure and a hell of a day, and I was stoked to successfully complete this challenging route with Ann and Seth. I was so worked from these two days that I slept 12 hours last night!

9 thoughts on “Skiing the La Sals”