Grant Dixon is a photographer from Tasmania who has trekked, climbed, skied, and photographed many of the great mountain ranges of the world. His online photo gallery is extensive, and relentlessly impressive. I asked Grant if he would answer some of my questions via email, and below are his answers. Enjoy, and be sure to put aside several hours at least for browsing his galleries!

You have experienced and photographed many of Earth’s great mountain ranges. Do you have any particular favorites, and if so, why?

Probably the Andes; not only is it the longest mountain range on Earth but its north-south orientation means it has a great diversity of geology and climate zones, and hence mountain form and environments. The Patagonian Andes are probably my favourite area – I could return there repeatedly.

The rather smaller Karakoram Range, often lumped with the Himalaya is another favourite. The mountains there are so steep & raw, and its been the scene of several memorable adventures, including a longitudinal ski traverse in 2004.

Roughly how often do you travel, and for how long at a time? Do you normally travel alone, or with friends?

I rarely travel for less than 1 month, with 2 months or more preferable. This is largely because I like to maximise the return for travel time (including trekking to where ever is the destination) and cost (Australia is a long way from many mountains), and in the high mountains one needs time for acclimatisation etc.

While I enjoy solo photo outings, most of my more adventurous trips are not possible without other people.

Many of your photos are obviously taken at high altitudes during some heavy duty climbs and treks. During these adventures, how much planning is involved to capture the photographs that you do? In other words, how big of a role does photography play in relation to the adventure itself?

When travelling in the mountains I try to be aware of photographic possibilities at all times. This means being awake to developing events (including atmospheric conditions, changing light, the position of my companions, etc) and options for placing myself in the best position to capture an image. My mountaineering skills have been important in facilitating that.

Photography is hence an integral part of most mountain trips, but the adventure itself is the primary driver.

Finding the time to accumulate resources (ie earn an income) and get out, and then staying fresh and open to new possibilities, seeking new things, etc.

Digital capture has presented a vastly expanded range of options, and the instant feedback and greater freedom to pursue or experiment is welcome, but keeping up with technology (just to operate at my relatively low level and get the best out of my image capture) is a continual challenge.

Given above, my favourite images are as much about the place and experiences around it or adventure being undertaken than purely photographic considerations.

We had just completed the first longitudinal traverse of the sub-antactic island of South Georgia and were exploring a massive wind scour and sheltering from the wind. The icicles and setting seemed to epitomise much of what we’d just been through. 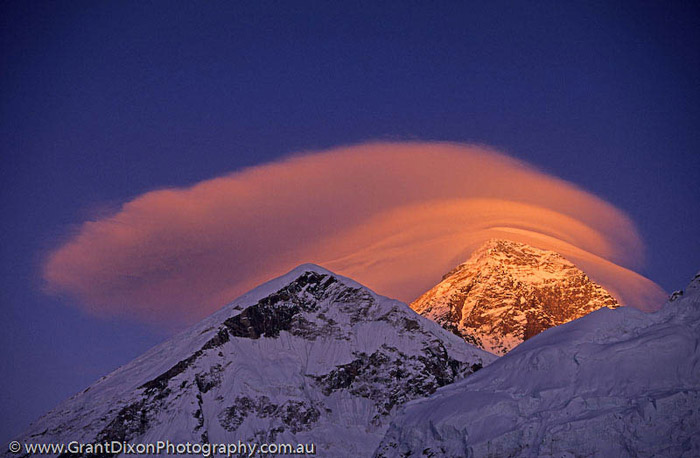 Looking up more than 3000 metres from the relative calm of my base camp to this wind cloud shrouding Everest’s summit seemed to illustrate the extreme conditions up there and underline how thin is out atmospheric comfort zone. 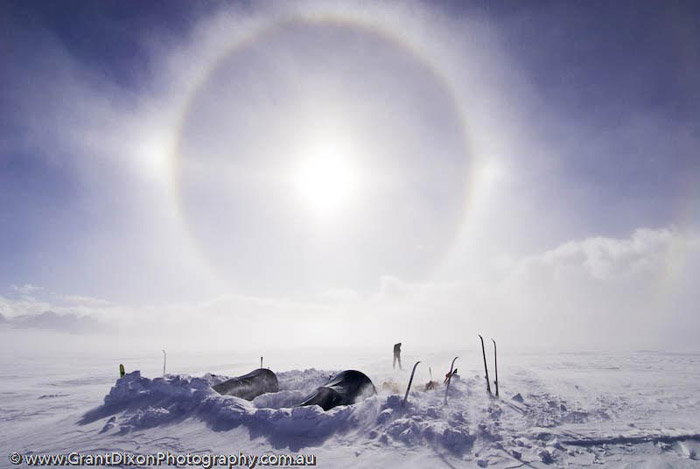 After finally traversing the Patagonian icecap (twenty years after first dreaming about it) this image of a parhelion over our camp captured during a brief respite in a five-day storm seemed to encapsulate much of the experience of the place. 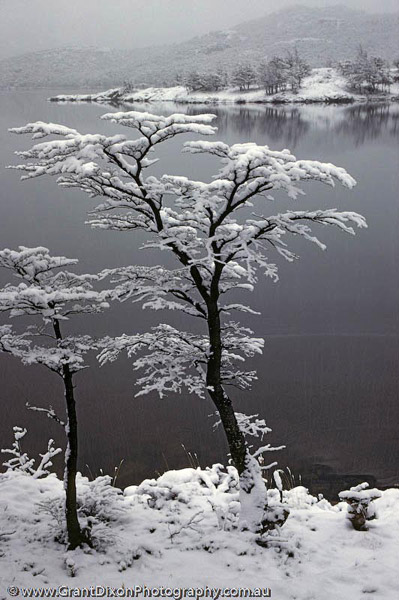 Another Patagonian image, from my first trip there in the mid 1980s, this delicate subject & the uncharacteristically still conditions, again after a couple of days largely tent-bound, was magical, but fleeting. 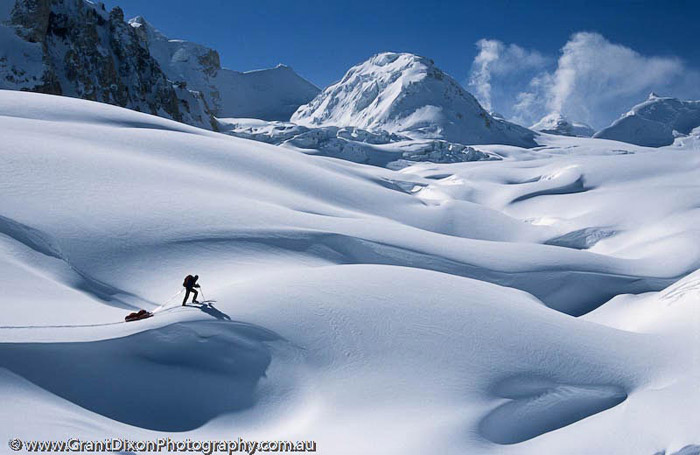 A ski traverse of the Karakoram Range in 2004 was probably my most rewarding high mountain trip and this image, approaching the highest pass, captures both the place and the experience for me. 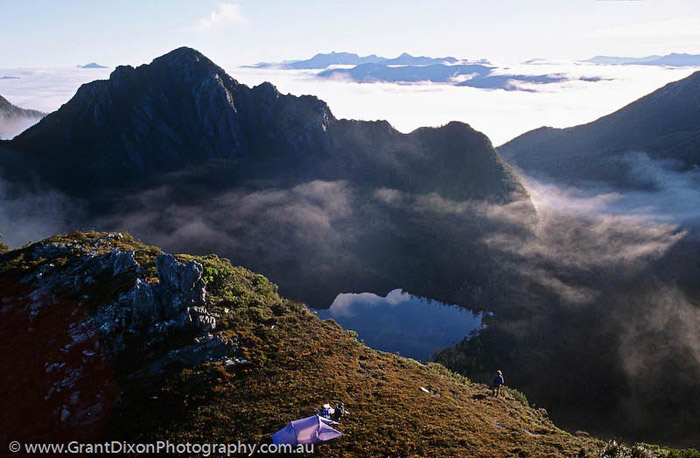 The mountains in my home Australian state of Tasmania are not high but are rugged. On an Autumn morning like this they can feel as wild and remote as anywhere on Earth.

Galen Rowell, whose work I’ve been interested in since about 1980, as much because of his writings and trips to areas I also was interested in or dreaming of visiting. But these days the internet allows access to the work of many well known and not so well known photographers (like ourselves for example) and therefore the opportunity to sample and be inspired by many sources.

How has photography affected your lifestyle? Do you think you’d still be living your life in a similar manner if you weren’t a photographer?

Probably not. But it’s adventurous interaction with the natural world that challenges and inspires me, and photography is just one way I do that.

What is the closest call, or scariest accident you’ve had in the wilderness?

There have been no truly close calls, or not that seemed like it to me at the time; an element of luck perhaps, but I prefer to think good planning & experience play a part.

One occasion that does come to mind, however, was going briefly aground in a yacht in Antarctica, scary perhaps because I’m not a sailor. A mooring broke and the yacht grounded in a gale at night, with potential icebergs bearing down on us while we released the other moorings and tried to get off.

Too many places for one lifetime – the Arctic, a return to the Himalaya, the North America mountains (of which I’ve seen virtually none).

Thank you for taking the time to answer my questions, Grant! I wish you good luck and good light in your future adventures. ~Jack

7 thoughts on “Interview with Grant Dixon”